I do online reviews of movies, and so I’ve drawn a lot of title cards recently. Most of them are of the “me grimacing at a character in the movie” variety, but I’ve done a few other ones. It’s an interesting conundrum of how to incorporate the essence of a movie and my reaction to it, in one image. Illustration, ho! 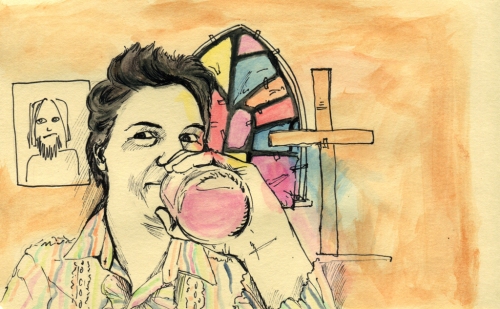 There's a reason why I didn't draw any of the characters of this movie. I didn't want to think about them anymore.

Keanu Reeves is a chocolate salesman in a movie length wine commercial!

Sometimes I'm forced to draw something a little more complicated and tasteful than merely a picture of myself grimacing at the subjects of the movie. 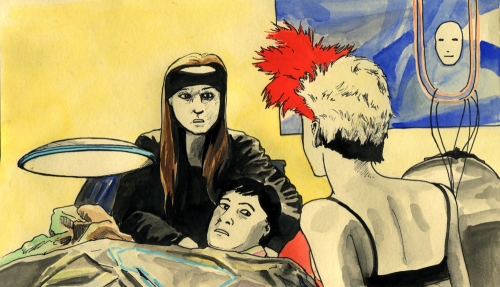 The thing about the title cards is that I show them at the beginning of the review, before I’ve shown any clips from the film. Thus I have no idea how effective they are, because they usually depict moments and characters in the film that viewers are unlikely to be familiar with. So maybe they’re only amusing to me. Oh well!

(Most of these are drawn on manila folders, by the way. It’s just nice to have something with a smooth texture, that you can readily erase pencil lines off without ripping holes in the paper, and that doesn’t buckle when you apply watercolour.)

I’ll captivate you with my vicious hair protrusions 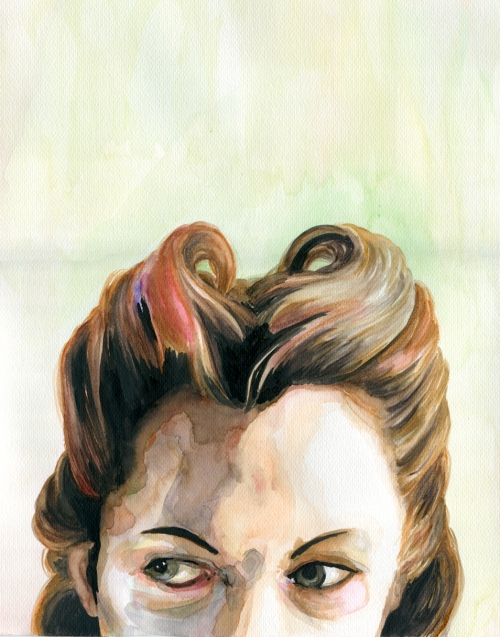